As an activist, I believe people come together to do something none of them can do alone-make change. I could not have launched this site or worked on the book without the support of other people. Below is information on the people I have worked with closely to bring my dream of a book and an activist website to fruition.

THE TEAM aka “FOOT SOLDIERS”

Foot soldier was a term used widely during the Civil Rights movement to describe the women and men who unceremoniously fought, and sometimes died, for freedom.  They were people who just “did the right thing”. They stood with the well-known leaders and kept standing when the leaders were gone, even when the reprisals and repression were great. You don’t read about them in the history books or hear their names called during the media “roll call” of movement sheroes and heroes but their contributions were significant nonetheless. Without them, there would NOT have been a movement.

In the community, being called a foot soldier of the civil rights movement is an honor.

It is with that same sense of honor that I call the women and men who have helped me work on this website and the book, foot soldiers. They brought their incredible skill and talent to bear on this public offering.  Each is impressive in their own right. I publicly and proudly state their names in the “roll call” for social justice.

They are: researchers, interviewers, writers, and thought leaders:  Allison Kennedy, Sashae Mitchell, Darwin Rodriquez, Renee M. Shelby, Poetry Thomas Akinsete, Hussain Turk; photographer and social documentarian: Carlton Mackey and web designer and videographer: Paul “Presise” Halley and Presise.biz.  Please read more about them below. Together, they are AWESOME and have helped me create a website, and soon a book, with which I am proud to be associated.

They say you can’t talk to a hungry man about politics. “In most cases politics is the direct reason why that man is hungry in the first place. You must stop watching the hand they show you to look at the other hand that’s behind their back. If you pay attention, you will find that their other hand is right in your pocket.”

Paul “Presise” Halley has been one of the innovators of marketing on every level, from grassroots to corporate. For 19 years he has been bringing the professional tools used by the largest corporations to the small business owners, allowing them to keep pace with their ever changing, competitive market place. Brand design, web development, photography and success strategies have been just a few highly effective tools his company www.presise.biz has supplied to entrepreneurs allowing them to prosper and giving them the competitive edge they so desperately need.

There is no project or problem too large or too small for his company to tackle. For 2014 and beyond www.presise.biz will continue to be at the forefront of marketing for highly motivated small business owners in our community. 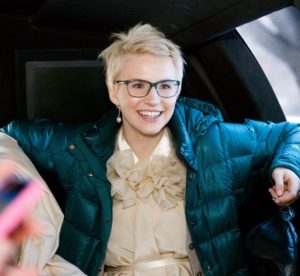 “To me, social justice is about living and understanding with a critical and honest lens. It’s about truly valuing people through relationships, and not just rhetoric. It isn’t about knowing the right answer at a diversity workshop, but resisting apathy, greed, and systems of power through tedious personal choices everyday and through larger, lifelong, collaborative actions.”

Allison Kennedy is a Student Fellow at the Kalamazoo College Arcus Center for Social Justice Leadership, and current Images Editor for their newest project: the Praxis Center, a resource hub for scholars and/or activists living the intersection of theory and practice in all fiends of social justice work. She’s excited to be connecting with artists engaged with social justice, and to curate their work on the website to provide them more exposure, and viewers to the very necessary work of artists. She has worked for ACSJL during the past year, while studying Creative Writing and Studio Art at the college. She is a poet, recently published in Uncommon Core: Contemporary Poems for Learning and Living by Red Beard Press. Last year, she was the Civic Engagement Scholar for the Michigan Prisoner Reentry Creative Writing program at a Kalamazoo probation facility, and continues to participate in the poetry scene in Kalamazoo and Ann Arbor, Michigan. She believes voice is at the center of social change, and that spoken word is an accessible and riveting avenue for identity formation, radical self-love and community building. Allison is also testing out anti-racist social media interventions on the Kalamazoo College campus, while continuing to research and reflect.

“Human progress is neither automatic nor inevitable…Every step toward the goal of justice requires sacrifice, suffering and struggle; the tireless exertions and passionate concern of dedicated individuals.” Martin Luther King Jr.

Sashae Mitchell is working as a Camp Mentor and Data Analyst at the Northside Association for Community Development (NACD) in Kalamazoo Michigan. She is a recent graduate of Kalamazoo College where she developed her passion for education and empowering young people of color. During her time at Kalamazoo College, she was involved with the Mary Jane Underwood Stryker Center for Civic Engagement where she worked with Community Advocates for Parents and Students (CAPS), an after school tutoring program in a low-income neighborhood. As an international student from Jamaica, she expressed that she was unaware of the extent to which systemic racial inequities were still present in the United States. However, through her involvement in CAPS and the Arcus Center for Social Justice Leadership, she found ways to engage in anti-racism work as well as challenge mindsets about racial injustices in the education system. Sashae hopes to continue working on these issues as she plans to pursue graduate work in Education Policy.

“When we strive for justice we must always keep in mind what we were fighting for: community. It is what justice seeks to maintain and restore. This is both the means and the end.”

I always keep in mind that I must try my best ‘to speak truth to power’ or to help resonate those voices speaking up for themselves. Darwin Rodriguez works at the intersection of issues affecting people of color and queer folks. His end goal is to empower those most affected by issues of social inequity to activate their agency in meaningful ways. By doing so, he believes we can get closer to crafting creative and sustainable solutions to some of the most complex issues of today.

“To be an activist is to have the courage to use one’s critical intelligence to question and challenge the prevailing authorities, powers, and hierarchies of the world.”

Renee M. Shelby is a graduate research assistant, and is working on her PhD in sociology and a graduate certificate from the School of Public Health at Georgia State University. Broadly, her focus is on the intersection of sex crime, culture, and law. In 2012, she was selected as Outstanding Graduate Student at Georgia State University, and from 2012-2013, served as an Urban Fellow in the College of Law. She is currently researching the social construction of sex offenders and victims in popular media discourses and federal legislation. By taking a critical feminist perspective, she hopes her work will illuminate the relationship between cultural values and sexual assault, and provide mechanisms to support sex crime victims. 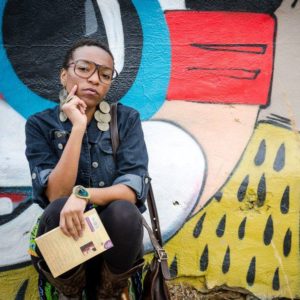 “Social Justice is the root of activism. It is the foundation to all things essential to living, breathing, doing, and existing. It is the cornerstone and firepower to the human life experience. Where would we be without social justice? And if every leader, activist, citizen, worker cannot pause for a second and see the benefits of social justice, then what on earth are we truly here for?”

Shameka Poetry Thomas Akinsete is a Doctoral student in Georgia State University’s Department of Sociology, concentrating on Family, Health, and Life Course. She investigates Black women’s health, Birth/Mothering Culture, and Medical Sociology.  She obtained a Bachelor of Arts cum laude in Sociology and Anthropology from Spelman College. At Spelman, she won the Scholar-Activism Award for her Thesis entitled: “Life after Study Abroad and Domestic Exchange.” The thesis takes into account fifteen Black female world-travelers and their reflective experiences around the world, which also reflects her own six month voyage at the University of Cape Town, South Africa. During a Semester-Exchange at University of California-Berkeley, she also wrote a paper entitled, “VOICES on the Road to the PhD: Black Female Scholars reflect on their Graduate School Experiences”. The study won first place in the Georgia Sociological Association Paper Competition and Honorable Mention at a Research Conference in Washington DC. She lives in Atlanta, Georgia with her husband and daughter.

“O you who believe, be persistent standing firm in justice, witnesses for Allah, even if it be against yourselves or your parents or your relatives. Or whether it be against one who is rich or poor, for Allah can best protect them. So follow not [personal] inclination, lest you not be just.” Surat An Nisa (Women) 4: 135, The Holy Qur’an

As a teenager, Hussain began organizing around and writing on issues of post-9/11 racism and Islamophobia in his midwestern hometown of Kalamazoo, MI. In college, he was confronted with the challenge of reconciling his Muslim identity with his sexuality. Hussain connected with an international collective of queer Muslims committed to creating a visible community for LGBT-identified Muslims and their families. He helped organize annual retreats and in January of 2013 the collective officially launched the Muslim Alliance for Sexual and Gender Diversity (MASGD). He has also been involved with a broader movement for racial justice within the queer community. Hussain has written and spoken on the topics of HIV, wellness, spirituality, and addiction. He recently moved to Los Angeles, CA to study at the University of California, Los Angeles School of Law, where he will focus on Critical Race Studies.