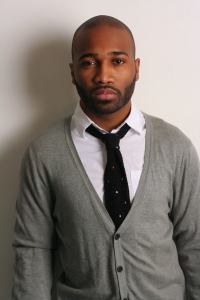 After reading a number of memoirs, autobiographies, and other historical texts by black thought leaders, I often found myself asking the same questions, “Would I have been in SNCC?” or “Would I have been a Black Panther?” In August of 2014, I found myself in Ferguson, MO with hundreds of other people protesting the death of Mike Brown, who was killed by a white police officer.

Like the events that happened in the black history books I read, I found myself face to face with armed cops. I found myself being tear gassed or in the scope of a sniper. And like the history books, I alongside other protestors confronted the danger head on, not with violence, but non-violence. I’m still not sure if I would have been in SNCC or if I would have been apart of the Black Panther movement, but I’m a little more sure of what role I would take as a result of the things I encountered in August of 2014. 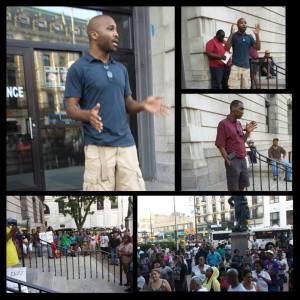 As an activist, my role is to empower others. I don’t think of myself as special, or particularly smart. I have certain skills, experiences, and access to resources that allow me to do the work I do and do it well. But many of those skills, knowledge, and resources aren’t exclusive to me. And it is of no benefit to the community, and ultimately myself as a member of the black community, for it to remain exclusive.

I am not fighting for the freedom of Black people alone, but for the end of domination & coercion. The end of the domination of humans by humans.